If you’re digitally aware, there’s a good chance you already use a smartphone app when you’re travelling – especially if and when you travel abroad. However, it could be you’re missing out. As the app revolution slowly becomes an evolution, more and more apps are appearing that, once downloaded, are cable of ensuring your next trip’s a bit smarter, faster, and probably best of all, cheaper. Here are just eight of them – all of which are entirely free to download…

Sure, countless people use TripAdvisor and its five-star system to rank everything from hotels to bars and restaurants to other attractions. But what if you just don’t have the time to go through this incredibly popular, enormously comprehensive customer review site’s pages? Well, if you’re already in a location and on the move, then this app works as an excellent abridged version of the bigger website – while for specific cities themselves, you may want to check out TripAdvisor’s Offline City Guides app, which focuses on around 80 locations; you can download it to access at a later date, especially if you know you won’t have mobile connection.

For those who enjoy nothing more than travelling to world cities – and specifically love visiting the UK capital and to book hotels in Central London – this is a terrific app. Boasting modern but very comfort-oriented interiors, this group of London hotels are among the primary luxury but value-for-money places for the discerning traveller to stay in the capital. And the app truly mirrors what these West End, Shoreditch and City venues are all about. Beautiful to cast your eye over, but easy to use and thoroughly efficient, it allows you to discover all the additional amenities, as well of course as being able to make – and most impressively – view, edit or cancel a room booking at any of the hotels.

This is one smart little app. Once you download it and set it going, it continuously analyses millions upon millions of airfares in order to find those moments when specific airfare prices drop below an historic average – and then alerts you through push notification that this is the time to buy the one you might be after. It also enables you, via a calendar-based view, the chance to spot the cheapest fares by date each month.

Wouldn’t it be great if you could claim on insurance for air flight deals you’ve missed? Well, thanks to this app now you effectively can. For a small outlay at the beginning, it alerts you when, in a window of three-weeks-to-two-days-before-purchase, a specific ticket you’ve ‘locked’ via the app drops in price so you can buy it at a cheap price. If it doesn’t drop in cost, Options Away will pay the original price and swallow the outlay you’ve accumulated for locking it (from around £3.50 to £35, depending on how long the ticket’s been held by the app). 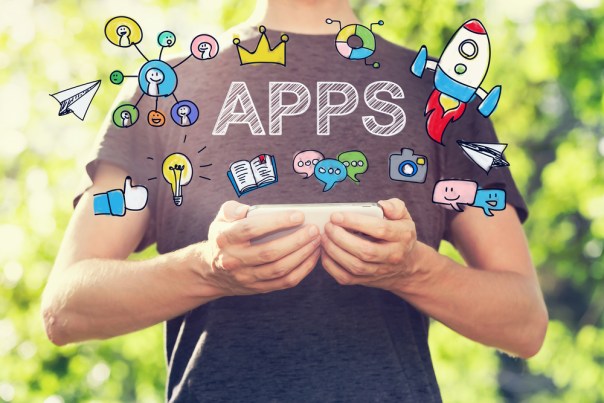 This is another clever travel app. To help ensure all those emails confirming your flights and hotel/ rental car bookings don’t get lost in the hustle-bustle of your inbox, it converts the salient details of each of those important emails into a single yet comprehensive itinerary. Having scanned them for the likes of reservation times, it puts them in chronological order as well as adding them as events to a calendar it sets up for you. It even connects these events with relevant maps of where you need to get to. See; clever, eh?

With more than a million listings, place-of-stay booking site Airbnb is an Internet giant – its mind-boggling range varies from vans to castles, and yurts to watchtowers, as well as featuring thousands upon thousands of hotel rooms and apartments, of course. Its digital application then is a huge boon for smartphone users eager to make use of the very best travel apps on the market. A word of warning, though, it’ll require you do a little more leg work than on the site itself – in terms of authenticating your identity and organising yourself the ins and outs of the hand-over of keys with hosts.

So you’re on holiday and you’re so burning to show everyone the fantastic shot you took on your phone’s camera, you simply can’t wait till you get home. Well, of course you could post it on social media, but what about sending it as a romantically old fashioned postcard? In today’s digital age, there has to be a way of doing that, right? There sure is. And it’s via an app called Postagram, which allows you to download the image and type in your own greeting. After which Postagram will print out the card, and send it through snail mail for around $2 (about £1.35) anywhere in the world or around $1 about (about £0.60) anywhere in the United States.

A nice feature of this app is its ‘conversation mode’. What on earth is that, you might well ask? Well, the idea is that you hold your phone up between you and another speaker, whose foreign tongue you don’t understand, and allowing for (admittedly) something of a time delay, listen as the app translates the conversation you’re having as it happens. Sure, it’s not absolutely perfect – the lag will see to that – but it surely beats the hell out of trying to understand each other in either broken English or another broken language. Or even through an impromptu sign language.

And, finally, think it’s unreasonable just how much you’re charged by mobile phone networks when you make international calls overseas? No question; Skype’s your answer. Downloaded to your phone, its app will route calls over a Wi-Fi network for around just $0.02 (between £0.03 and £0.04) a minute, while if you call another Skype account – and with a user base in excess of 250 million people, let’s be honest, you’re going to be able to talk to an awful lot of people out there this way – you won’t pay a penny.