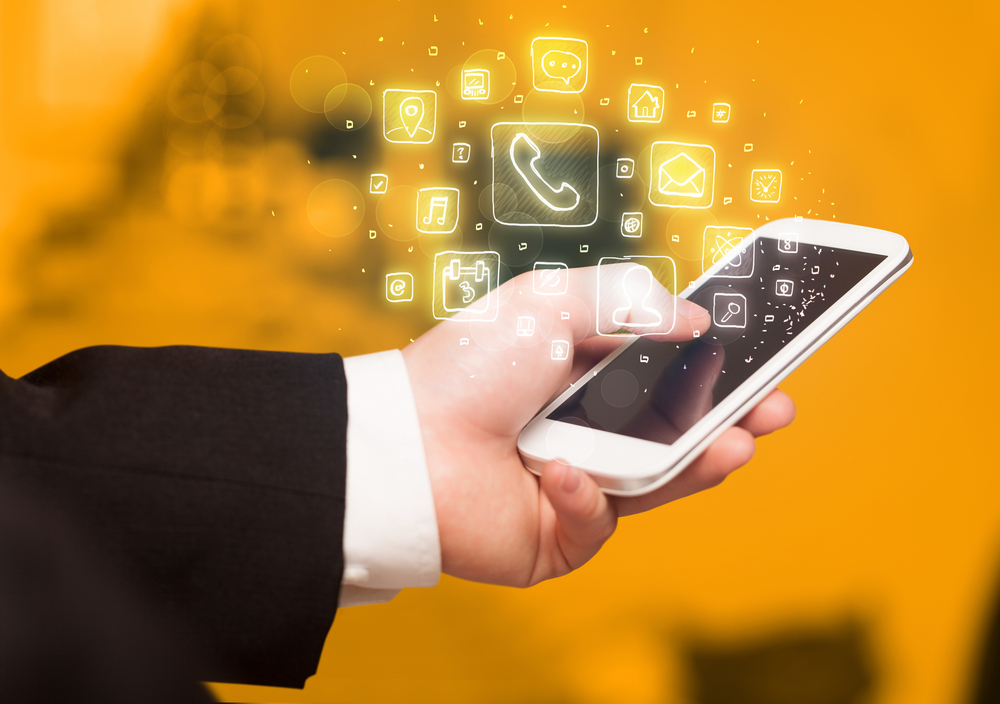 Can you remember a time when mobile phones weren’t in existence? It was only 42 years ago that the first mobile was introduced by the company Motorola and in the early 1980’s that the DynaTAC 8000x was born and made available to buy to the general public. In just over 30 years, the mobile market has boomed with 100% of the world’s population using mobiles and, in that time, they have adapted and changed to do so much more than calling; they allow us to send and receive emails, to text, listen to music, to transfer funds to other bank accounts, to look on the internet, to instant message; to play, make and view videos, to take pictures and to shop.

Mobile commerce has boomed and has become a substantial market for businesses all over the world. The term mobile commerce was created in 1997 to mean being able to buy and sell on wireless technology; the first service to use mobile commerce was Coca Cola who installed vending machines in Helsinki and customers could pay via text message. It is worth just under $700 billion and it has been said it will hit this astonishing figure by 2017, making it one of the biggest market growths. In 2016-2017, figures show that sales from mobile phones will be worth over $200 billion, so, if your business isn’t mobile friendly, now is the time to ensure that it is.

Money is the driving force behind everything and is possibly the biggest reason to be part of this mobile commerce boom, but there are other advantages too, such as reducing business costs as there is no need for separate outgoings, extra workers or office space and if you are a small business, your entire business can be run through mobile commerce alone. There are other big advantages such as that it is incredibly convenient for your business as sales can be done faster; the entire transaction from start to finish can be done in minimal time and payment is received pretty much instantaneously. It is guaranteed to broaden your business range as mobile commerce allows your business to prompt a greater traffic flow which, in turn, promotes more sales; this assures a larger profit for your company.

Of course, as with anything, there are disadvantages to mobile commerce with security being a main concern; mobile phones are the easiest and most frequent item to be stolen so if personal information is stored on the device, such as credit card details, the thief will have access to it. Also, your site will depend on data to get to the consumer so, if the customer only has 3G or 4G, using additions such as plug-ins and flash may prohibit your website’s use due to slow speeds.

Where it all began

Mobile Commerce is huge and has gone from strength to strength with applications, such as games, different retailers and London hotel booking apps, however, none of that would exist without the browser. The internet browser was a major stepping stone in mobile technology and without it, the progress to mobile applications and mobile commerce wouldn’t have happened.  The internet has changed everyone’s lives in in a multitude of ways in such a short space of time, starting from the original ARPANET and progressing swiftly to the smartphones that we use today. Web design has become a necessity rather than a luxury in regards to the web; can you imagine an internet browser without animation, a wide range of texts and background to choose from? It is important to know where it all began, so we can appreciate how far mobile technology has come and how essential the internet, browsers and mobile commerce are to us today.

Believe it or not, it began all the way back in the 1960’s where the internet was used only to transfer information and documents from one computer to another; this computer was named the ARPANET and was used by scientists, doctors, the military and the governement. It wasn’t until nearly 20 years later that the World Wide Web was born and another 10 years on from that, the first browser program called Mosaic, was introduced to the world. The update of 1994 was very significant as it was designed to suit all opertaing systems such as MAC and Windows; this allowed more people to access the web for the first time.

After Mosaic came the Netscape browser which quickly became very popular very quickly, earning it the place of the leading browser on the internet. This was classed as the first generation and was prompt succession followed of second and third generations. Each one saw a significant growth in technology and it was in the third technology that we saw the introduction of a browser we know, love and have mastered today – Microsoft’s Internet Explorer. It was also during this generation that web designers had more freedom to create sites that were more pleasing to the eye than ever before due to the introduction of .gif. Flash which allowed animation to be used on websites.

In 2016, we are in the fourth generation which is the most technological, up to date system. This has seen the arrival of JavaScript, XML and many more which allows website design businesses to adapt codes, to create bigger and better sites and evolve graphics. The current edition of HTML is the best as, not only does it configure videos and other multimedia tools, but it is also the most compatiable with many of the current browsers such as Apple Safari, Google Chrome and Mozilla FireFox.

The change in technology has been astounding and all of this only began in the 1960’s. From there, the internet has taken on new forms and businesses are able to run their entire operations from a single app or website. What else can technology give us in a few more decades? Who knows.